Tonight our growing way too fast 12 year old went to her first junior high school dance with her best friend. She even wanted me to do her hair for her and let me help her pick out her dress. I’m sure that won’t be the case in the years to come so I’ll cherish these little moments while we have them. Probably the most comical realization as we dropped the girls off was that in that same vehicle was our grandkids watching their aunt go to her first dance. Life really does change so rapidly. When the girls got home I got to see all of their pictures and videos they took. Safe to say they had a lot of fun dancing the night away! 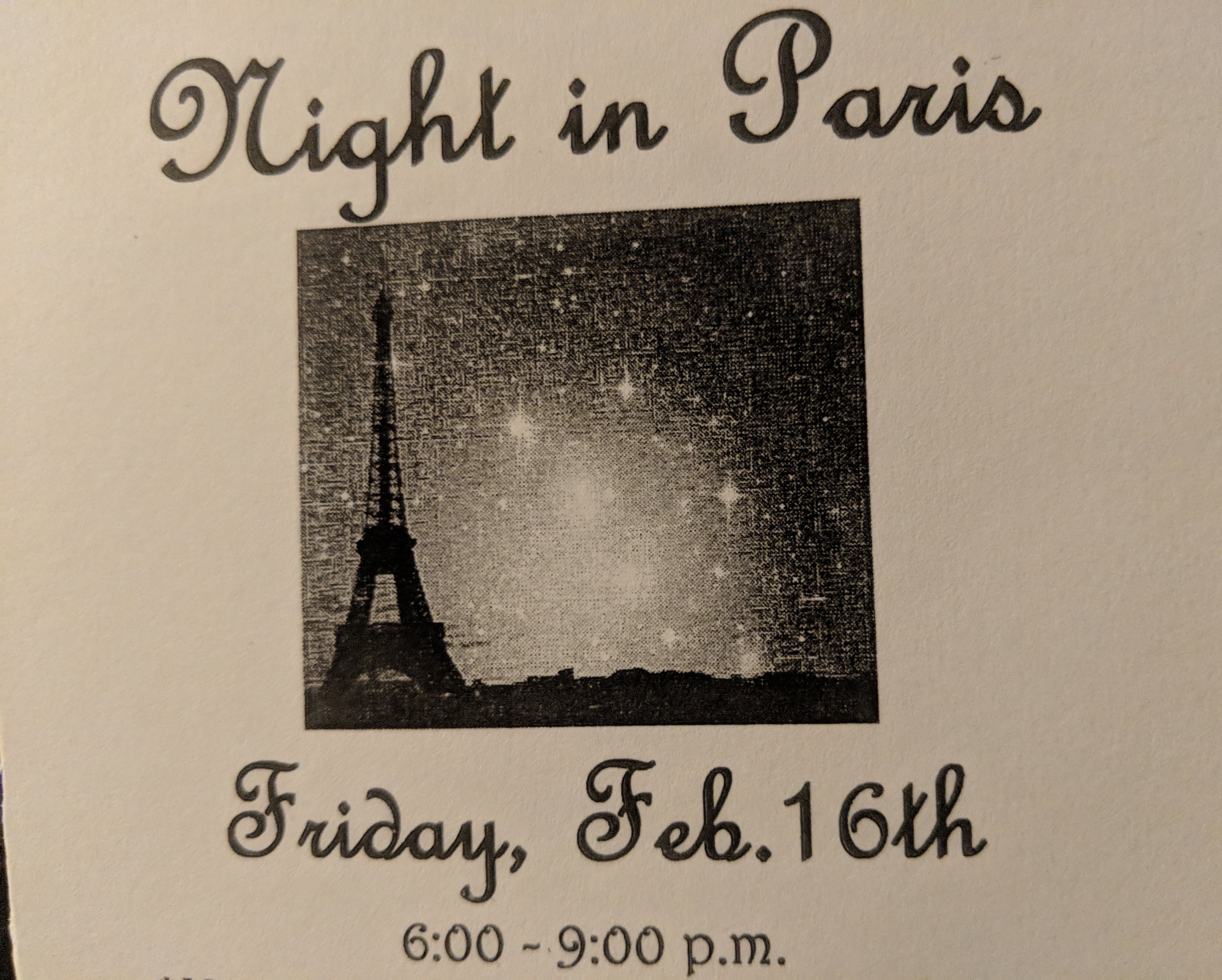 It’s a complete and total miracle. Took Aub dress shopping last night for her first school dance and she wanted the very first and only dress she tried on! Thank you baby Jesus! But seriously though who told this girl she can grow up so fast?

Sigh, try as I may I can’t slow these monsters’ fast paced growing down. It seems my days of needing to tie my children’s shoes are gone. Because my baby has fully mastered the skill and no longer needs daddy or Mama’s help in that department. 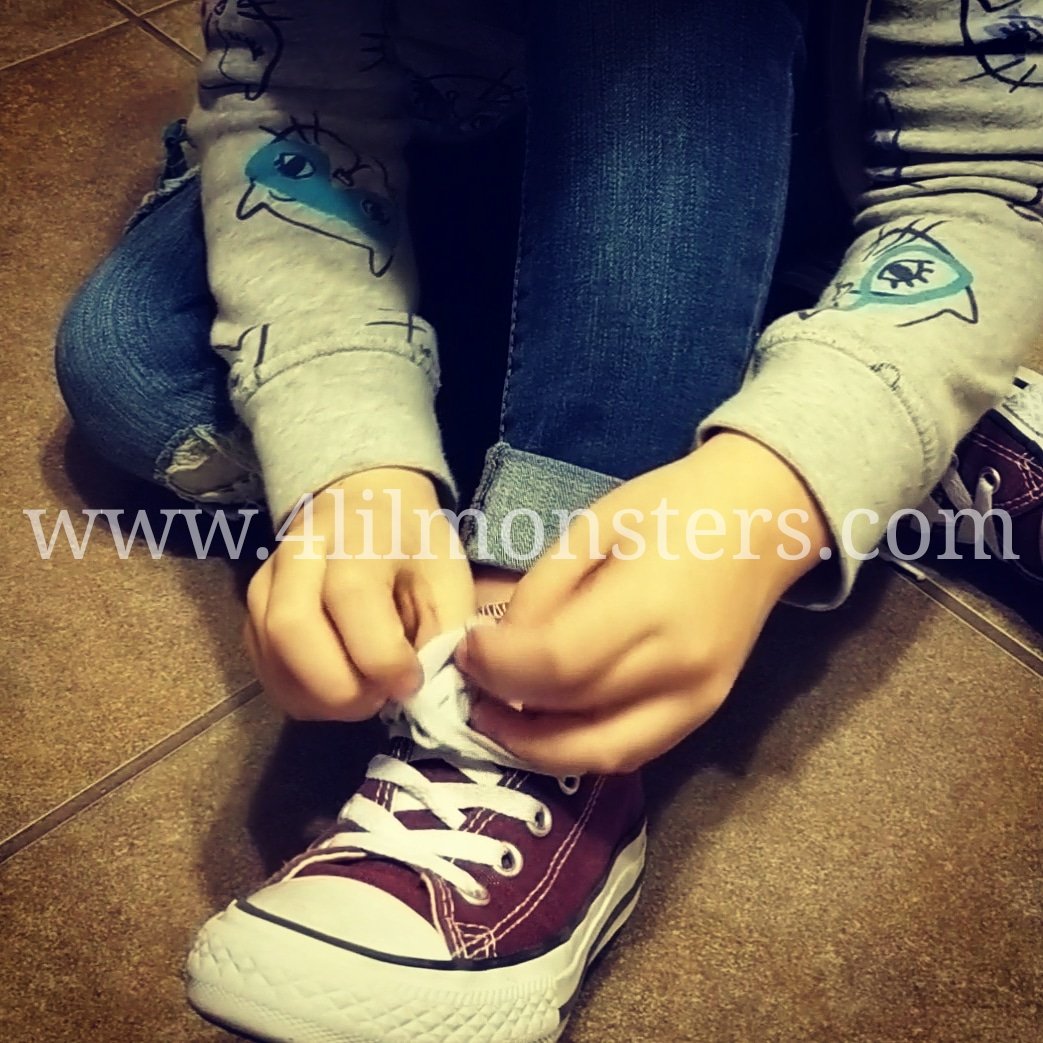 I get so emotional watching my babies up on stage singing their little hearts out. I especially loved watching our five year old sing her little heart out tonight with her Christmas bows in her hair and wearing her little red cowgirl boots. It really is the most wonderful time of the year!

Can your five year old run around in shorts and little pink cowgirl boots three days after playing in snow.

Mad has a classmate that has been on crutches. She has been so worried about him that she has been helping him around school for weeks. He gave her this sweet note and gift. Yes, it made me cry. Thankful to have such big hearted children. 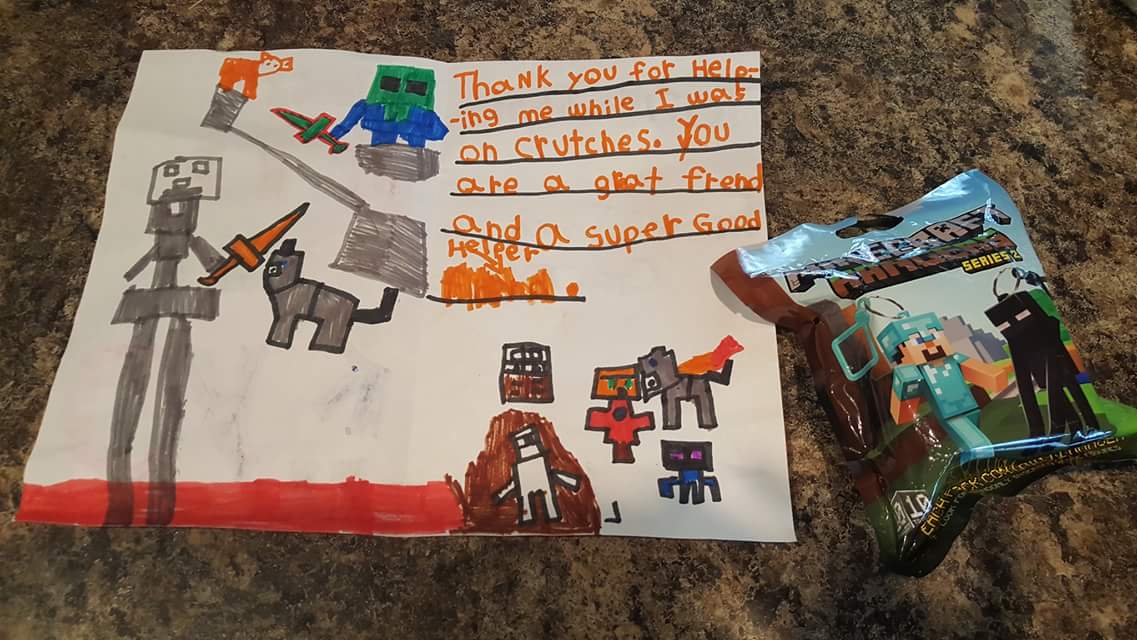 The incredibly sweet imagination of our five year old. 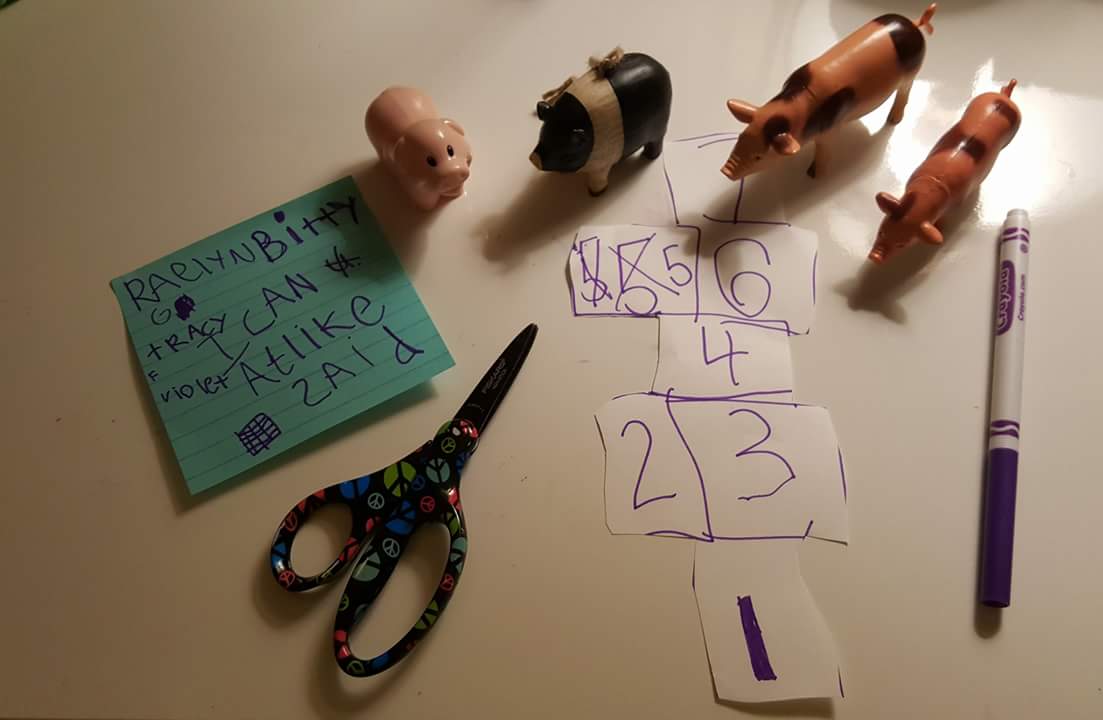 Wonder which one of our girls share my OCD and will twitch a little when they see Nina played with the magnets today, ha ha 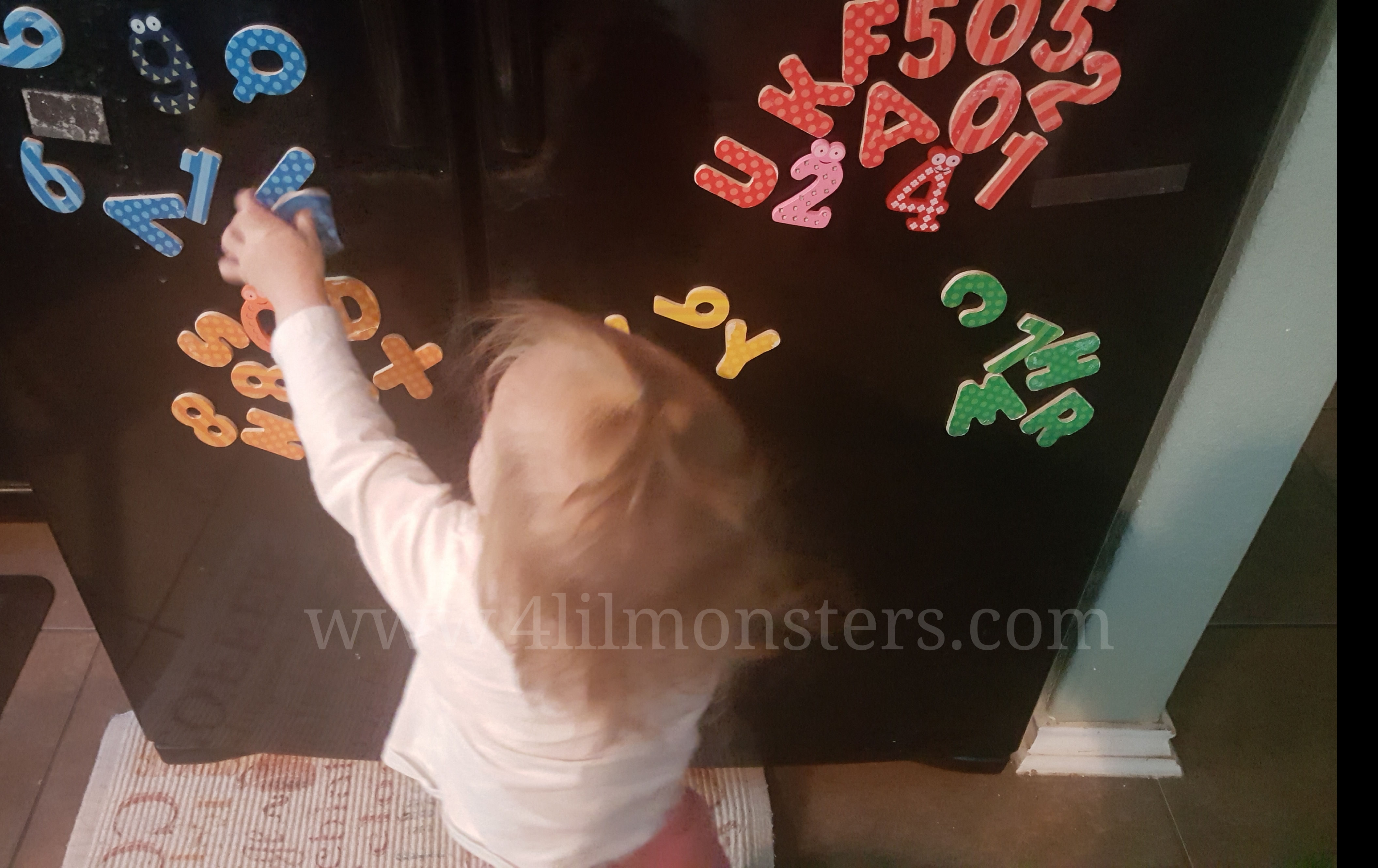 Mad had another first. Her first friend spending the night. They got so excited when I told them she could stay the night. Aside from Lala next door Mad really only has boys for friends. So she hadn’t really had the opportunity for sleepovers. Around 10pm she came to me crying. She said she was scared to have a sleepover and wasn’t sure what she was supposed to do. I explained to her that typically that nervousness comes when you sleep at a friends for the first time, and not the other way around. After a little talk she was better with the situation. Over all she had fun, however she did decide that maybe she’s to young for sleep overs yet, and she would rather stick to playdates. Turns out Mad is so used to going to sleep early and getting up early that she was overwhelmed by having a friend want to stay up late having slumber party fun. Not too horrible of an outcome for two eight year olds:) 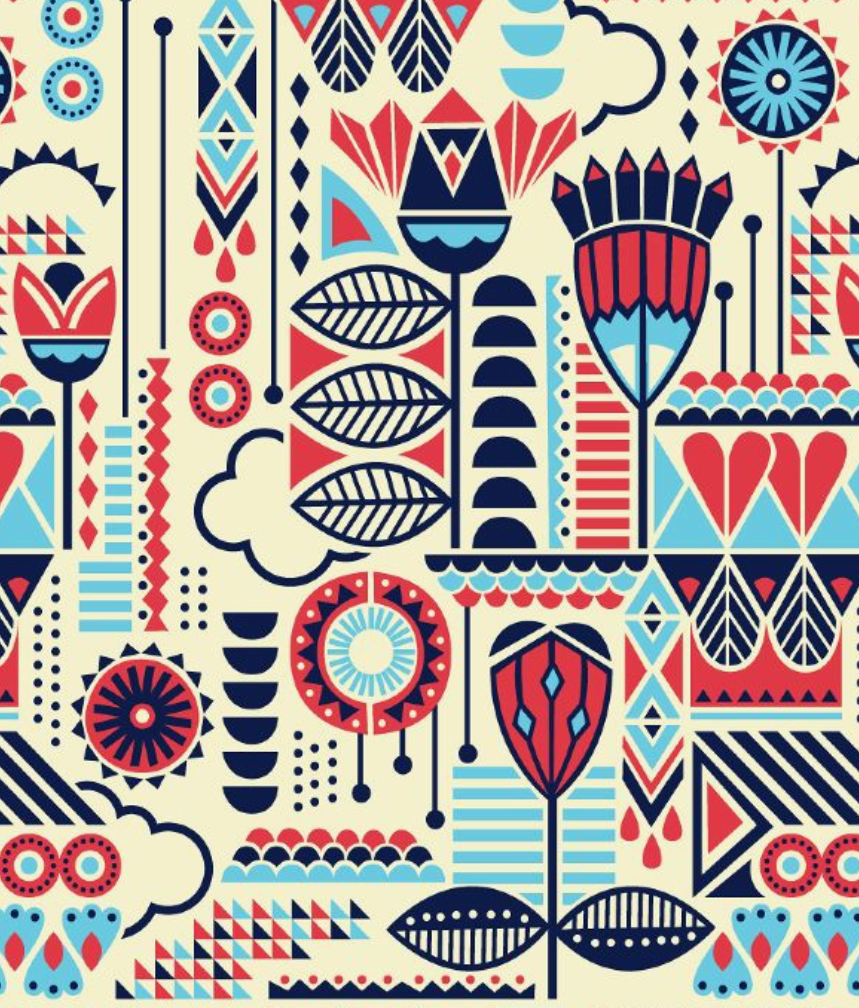 When your five year old ask you to have a mid day tea party you stop everything for that tea party. I think sometime soon I’m going to have to pull out our Alice in Wonderland tea set for a proper tea party with my little lovelies. 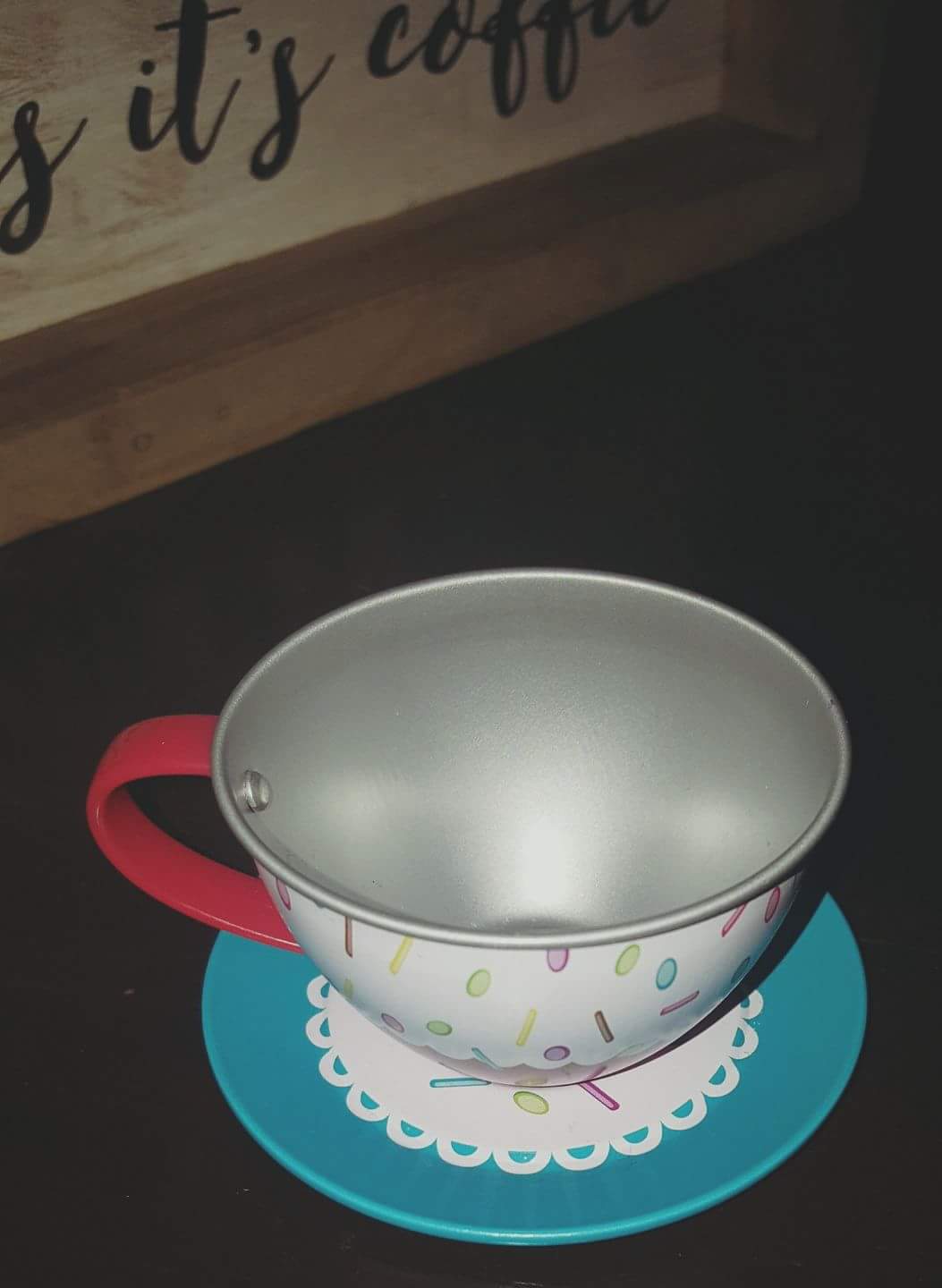